The raison de'être of Memorial Day is our universal hope and pledge that those who lost their lives in the cause of freedom will never be forgotten.  This weekend, Americans from coast to coast will spend time reflecting on past events that took some of our brightest minds and strongest spirits.  That is a cost of war that's impossible to measure.  The effect of their sacrifice is that others could survive and prevail in the name of Liberty.  Our reflection today, well intentioned as it is, seems so trivial in comparison to their deeds.  Sadly, many of those heroes are not remembered at all—lost in time and space.  We can only think of them today in the abstract.  There is a modern tendency to honor all of our military on this day, though I personally still consider it a day of tribute to those who died in the line of duty.

Last night I returned home from the Ninth Air Force Association reunion in Columbia, South Carolina.  It was a bitter-sweet experience.  The association was founded by, and its membership consists mainly of, veterans from World War II.  These hardy and intrepid souls are nearly all in the 90+ age group and they have been reuniting for 67 years.  They come from all parts of the country and relive the times that were so important in their lives.  Although my own service in the 9th AF was 20 years after WWII ended, I have very much appreciated the camaraderie of their reunions.  Simply being a part of their group made me feel more closely connected to the days when I was just an infant and they were locked in mortal combat with a fierce enemy of Democracy.  The bitter part of this reunion is that it was to be the last of a long and memorable tradition.  The years have finally taken their toll and like many other veteran groups, this one can no longer defy the transition that eventually comes to all of us.  Helping to make this final reunion memorable, the current IXth AF Commander, Major General Larry Wells and his wife Kathy hosted the group for an exciting tour of the facilities and aircraft at Shaw Air Force Base.  Their personal attention and hospitality was extraordinary.  General Wells was also the keynote speaker at the reunion banquet and shared his vision of the Air Force of the future—never losing sight of the fact that it rests on the foundation built by the veterans of WWII.

My personal thoughts on Memorial Day will of course include Bill Cramsie, who might as well have been kin to me.  I wish that I could report on this occasion that the plane flown by Bill has been found, but that was not to be.  The wreckage that might have been his turned out to be an unrecorded German aircraft shot down during WWII.  The search for 43-9699 continues.   Also in my thoughts will be my maternal grandmother's brother Melvin Roberts who died in a Japanese POW Camp in Formosa only a few months before the end of the war. 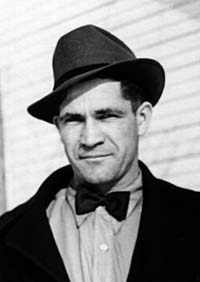 Melvin was a robust French Canadian from the north woods of Wisconsin.  He worked for a time in the maritime industry on the Great Lakes and joined the Army in 1938 at the age of 30.  He served as a private in Company C, 1st Battalion, 31st Infantry Division and was stationed in the Philippines at the time of the Pearl Harbor attack and America's entry into WWII. 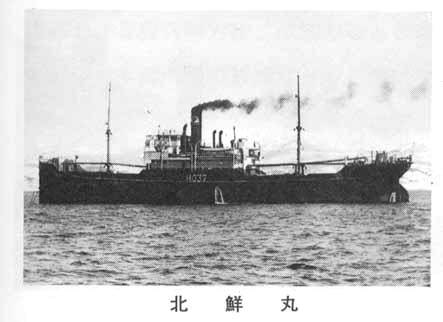 After surviving the Bataan Death March, the horrendous conditions at Cabanatuan, the wretched hell-ship Hokusen Maru, and the constant forced labor, Melvin could not conquer the beriberi that years of malnutrition had vested upon him.  He died on May 29, 1945.  In 1949, as part of the effort of the American Graves Registration Service, his remains were recovered from the grave at Shirakawa in Formosa and transferred to the National Memorial Cemetery of the Pacific at Honolulu where they remain today.  As a youngster, I heard many loving tales about Melvin and even then realized how much his loss was felt by those who loved him.