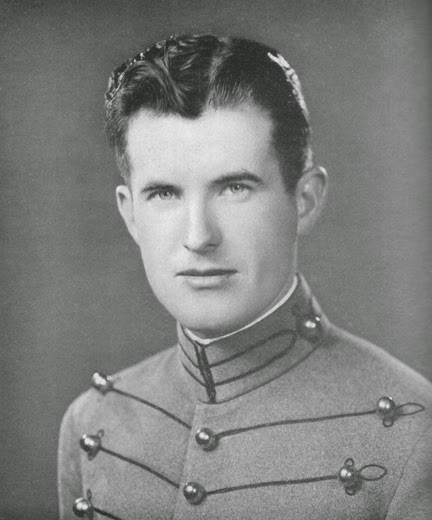 There are a number of days on the calendar that have special meaning to each of us.  Some have special meaning to most of us.  One of those days with special meaning to me personally is April 10th.  It was on this day in 1944 that William Edward Cramsie died in a valliant fight to defend freedom.  I didn't even know his name until 2005 when by chance I became the steward of Bill Cramsie's West Point class ring.  That is an interesting story in itself, but not for this post.  What is important on this day is that we remember those brilliant young men who had their whole lives before them and willingly gave them up in defense of Freedom.  There is no way to place a value on that.  Since 2005, I have come to love Bill Cramsie for what he stood for.   It is a great honor for me to mention his name and to talk with those who knew him personally.  Humanity is challenged almost daily, and maybe even moreso now than then, by one scourge or another.  in the face of that, we need to be true to our principles like Bill was.  It isn't always easy but it is necessary.

Bill Cramsie grew up in the foothills of the mountains dividing California from Nevada.  he was a leader from day one.  His dream was to become an aviator and to attend West Point.  He did that.  Everyone that I have met who knew Bill Cramsie, and there have been more than a few, had the same opinion of him.  Bill was a friendly, easy going and conscientious young man.  He made friends without even trying.  He graduated from West Point in the top 10% of his class, but never was pretentious or ostentatious to those he served with, especially not to the enlisted personnel who worked with him.

We might all model our lives after that of Bill Cramsie and think about the effect that we have on the world around us.  If we do nothing but satisfy our own needs, we are the enemy of civilization.  We cannot all be heroes, like Bill, but we can all do our best to make the world a better place to live. 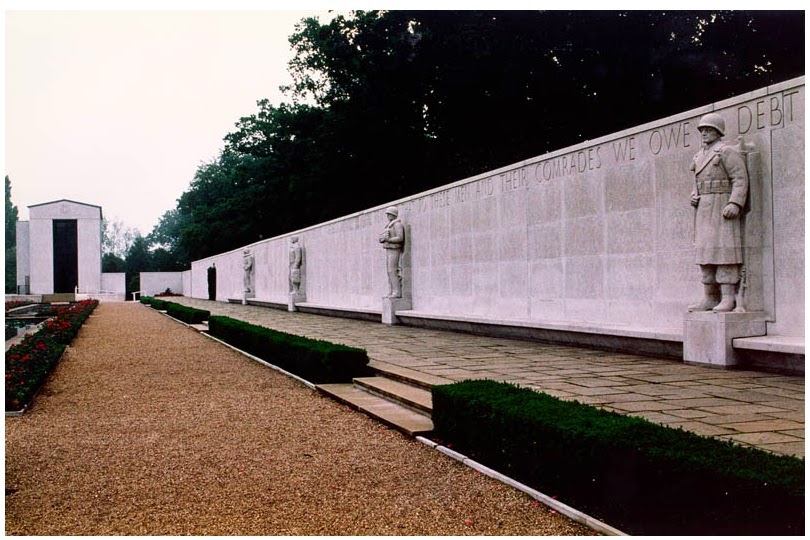 Wall of the Missing at Cambridge American Cemetery in England